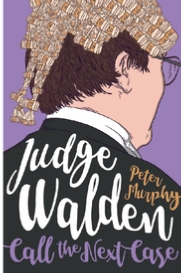 When my publishers and I planned the Launch for Judge Walden: Call the Next Case, we knew that we had one celebrity guaranteed to attend. Rob Rinder – Judge Rinder – has been a Walden enthusiast for a long time now, and contributed the prologue for this third volume of Walden stories. Baroness Hale of Richmond, President of the UK Supreme Court, wrote  the foreword.  Brenda Hale and I went up to Cambridge to read law together in 1963,  she has also enjoyed the Walden stories, and when I asked her to write a foreword she agreed immediately. We had booked the Middle Temple library, capacity 40 people, for the event.

But then, the unlawful prorogation case came before the Supreme Court, the famous spider brooch went viral, and suddenly, we had two celebrities coming, not just one! Within a day or two of the Court’s judgment we were almost at 50. We hurriedly moved the launch to the Law Society, who were wonderful at such short notice. By the time of the launch, we had 85 people signed up, the overwhelming majority of whom came and had a wonderful time. 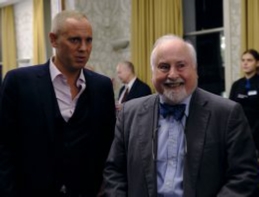 We couldn’t resist presenting Baroness Hale with a spider T-shirt. Judge Rinder had to  make do with a Ben Schroeder book. Both Baroness Hale and Judge Rinder spoke in warm terms, mingled with the guests, and charmed everyone. I would like to add that we had excellent wines and canapés, and I’m told we did. I can’t confirm that personally, as I spent the evening speaking, giving a reading, and signing a mountain of books. But I wouldn’t have it any other way.

My heartfelt thanks to Brenda and Rob, and to everyone at No Exit Press, but especially Jenna and CQ, who worked so hard on what became something of an organisational nightmare; and to Kelly Lynch and her staff at the Law Society, who were brilliant.

TV rights to the Walden series are attracting interest from producers. Judge Rob Rinder will be voicing the audio version. 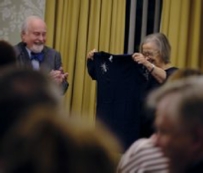 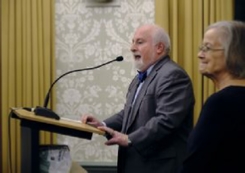 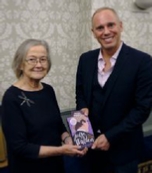 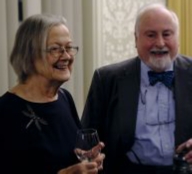