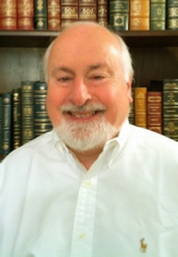 Peter Murphy graduated from Cambridge University and pursued a career in the law in England, the United States and The Hague. He practised as a barrister in London for a decade, then took up a professorship at a law school in Texas, a position he held for more than twenty years. Towards the end of that period he returned to Europe as counsel at the Yugoslavian War Crimes Tribunal in The Hague for almost a decade. In 2007 he returned to England to take up an appointment as a judge of the Crown Court. He retired as Resident Judge and Honorary Recorder of Peterborough in 2015.

Peter started writing fiction more than twenty years ago, but since his retirement from the bench has been a full-time author. He has published two political thrillers about the American presidency: Removal and Test of Resolve. He has also published five legal thrillers in the Ben Schroeder series about a barrister practising in London in the 1960s and 1970s: A Higher Duty, A Matter for the Jury, And is There Honey Still for Tea?, The Heirs of Owain Glyndwr, Calling Down the Storm and his latest, One Law for the Rest of Us, published in December 2018.

Walden of Bermondsey, a collection of humorous short stories in the ‘Rumpole’ tradition, based in part on his own experiences as a lawyer and judge, was published in November 2017.

A second collection of Walden stories, Judge Walden: Back in Session, was published in May 2018, and a third, Judge Walden: Call the Next Case, was launched at the Law Society on 15 October, 2019. Read more about the launch here.

Peter lives with his wife, Chris, in Cambridgeshire. His web site is www.petermurphyauthor.co.uk

Peter has completed and is seeking a publisher for A Statue for Jacob, a roman à clef, a partly historical novel about an unknown hero of the American War of Independence, and the efforts of his descendants to have him recognised as such – a quest in which the author played a role as a lawyer in the 1990s.