FRA was established in 1984 by the late Vernon Futerman – a remarkable man with a remarkable life story, whose memory we are proud to keep alive in the firm’s name.

We have a strong reputation for non-fiction, especially books about show business, the music profession and politics, and in recent years we’ve had particular success with sports biographies and memoirs.

We also specialise in scripts for film and television. We have successfully placed film and TV rights to many of our authors’ works with major studios and producers, in some cases even ahead of the book rights. 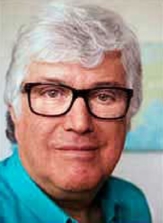 Guy studied English with the late, great novelist Tom Sharpe and co-wrote his obituary in The Times.

Guy has built a varied and loyal list of writers at FRA. His non-fiction authors have included senior politicians – past and present – high court judges, QCs, barristers, an erstwhile Public Enemy Number 1 (now happily reformed and working with the police) and a scattering of well-known faces from stage and screen. He also represents a full spectrum of authors, humourists, screenwriters and television dramatists, and includes London-based, Hollywood and Canadian film producers among his clients.