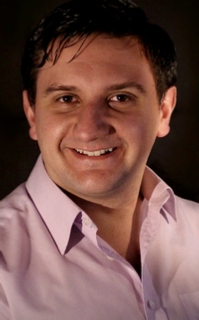 Sebastian Lassandro is the author of Tommy Steele: A Life in the Spotlight, the first complete, authorised career biography of the show business legend, which was published in the UK by Fonthill Media on 10 June 2021.

Sebastian first became aware of Tommy Steele in 2008 at the age of 16, during research for a high school Drama GCSE project. Over the past 12 years, Sebastian has become recognised as a leading expert on Tommy Steele – holding the largest private archive of Steele memorabilia and having worked directly with his idol.

With a keen interest and passion to preserve the memory of British theatrical legends, Sebastian’s other interest is Dame Gracie Fields. Since 2009, he has run The Dame Gracie Fields Appreciation Society and published a seminal two-volume biographical set, Pride of our Alley, in 2019 which was promoted at an international level.

From 2015, Sebastian headed a campaign with Rochdale Council to honour Gracie Fields permanently in her hometown, which resulted in him writing the text for eight purple Gracie Fields heritage plaques around the town and the commissioning of a 1.5x life size bronze statue of Gracie Fields outside Rochdale Town Hall – where he spoke at the unveiling ceremony.

An English Literature graduate from the University of Manchester and a Masters Student from Manchester Metropolitan University, Sebastian is a high school English teacher by profession, and keen director and actor in local amateur theatre. He took over the running of the Tommy Steele Society UK in 2017 and the following year he helped the British Music Hall Society organise a celebratory event to honour Tommy Steele’s lifetime achievement.

In March 2020 Sebastian worked directly with Tommy Steele himself in the production, recording and promotion of a specially written lockdown audiobook project – recorded in sections by Steele in London and edited by Sebastian in Manchester. With the completion of the audiobook, Sebastian also personally managed Steele’s own online Facebook, Instagram and YouTube pages to promote the project, titled Breakheart, at Steele’s request.