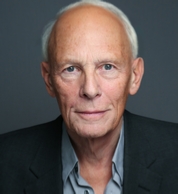 Actor, musician, pop star, producer, director and writer, the incredibly versatile Paul Nicholas has been in the public gaze for the best part of six decades.

His career began in 1960, when he played the keyboard and sang for Screaming Lord Sutch. This led to his signing as a solo act with show business entrepreneur Robert Stigwood and, along the way, a single produced by a very young David Bowie.

In 1968 he was cast as a central character in the taboo-busting Hair, and four years later he played the lead in the first West End production of Jesus Christ Superstar. Around this time he began appearing in films – See No Evil, Stardust, a memorable turn as Cousin Kevin in Ken Russell’s film of the rock opera Tommy, and later as Richard Wagner in Russell’s Lisztomania. He also played Dougie Shears in the Stigwood-produced film Sergeant Pepper’s Lonely Hearts Club Band, one of a stellar cast that included the Bee Gees, Alice Cooper, Aerosmith and Earth, Wind & Fire.

In 1983 came the starring role that he is perhaps best remembered for: Vincent Pinner in the John Sullivan-scripted BBC TV hit Just Good Friends. Three series were produced between 1983 and 1986, and the show won Best Comedy Series at the 1987 BAFTA Awards. Paul had also been nominated for the Best Light Entertainment Performance BAFTA in 1985.

Since 1990, Paul Nicholas has produced many musical shows for West End theatres, Broadway and UK tours, including Saturday Night Fever, Grease, Evita, Chess, A Tale of Two Cities, and Singin’ in the Rain. He continues to act, recently notable as Gavin Sullivan in Eastenders, and as Neville Chamberlain in the film Masaryk. Since 2017, he has been a regular on The Real Marigold Hotel and its accompanying theatre tour.

FRA is pleased to be representing Paul for his new autobiography, Musicals, Marigolds & Me.