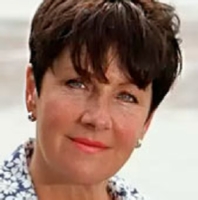 As reported by the BBC themselves, Miriam O’Reilly’s belief in freedom of speech meant she had to go through with a tribunal against her employers. She won her case in January 2012, when it was decided she had been dropped as presenter of Countryfile because of her age. The BBC was also found by the tribunal to have victimised Miriam because she spoke out about age discrimination. So her claim that work was withdrawn because of that, was upheld.

She said, “I had worked for 20 years or more with some of the witnesses who had been called to swear that the decision to drop me wasn’t ageist. I decided we needed an impartial view on the reasons why I was dropped. I had my feelings and the BBC had its view, so it was time to let the law decide.”

“I wanted to make this stand because I believe television shapes attitudes. It shapes broader social ideas about which prejudices are acceptable and which are not. This doesn’t just affect me, this affects every woman and most men.”

She said: “I knew if I lost, the BBC would disown me. It was overwhelming because I’m not used to being the story; I’m used to reporting on it.”

For her stance commentators have called her a 21st century suffragette and even the Rosa Parkes of broadcasting.