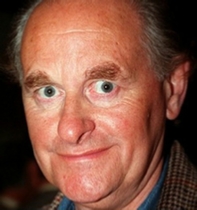 John Clive was well known as an actor, with notable appearances in films including The Italian Job (1969), A Clockwork Orange (1971), Great Expectations (1974) and the Carry On and Pink Panther series. He regularly featured in TV comedy roles – Rising Damp, The Dick Emery Show – as well as drama including The Sweeney, Z-Cars and How Green Was My Valley. Famously, he was the voice of John Lennon in Yellow Submarine.

He was also an author of internationally best-selling historical and social fiction, based on meticulously-researched fact.

Kampfgeschwader 200 was a fighting force of World War II so secret that individual units within it were unknown to each other; so mysterious that even today, most of the diaries and documents dealing with it are, according to both Allied and German authorities, either ‘missing’ or ‘destroyed’.

At the bottom of the cold, dark sea lies the Last Liberator, an American bomber shot down over Holland in the last days of the war. Twenty years later the plane has become the object of a frantic search by men driven to uncover the secrets the Liberator holds.

In the autumn of 1940 both Churchill and Hitler were bidding for Ireland’s favour. Ireland, however, was determined not to get involved in this Emergency, as the war was called in Eire, and so tried to remain scrupulously fair. One of the consequences was an internment camp, K Lines, where both RAF and Luftwaffe flyers were retained for the duration of the war.

Broken Wings is the story of a prison break – which actually happened two years later – and the plots and counterplots that abounded in neutral Ireland during those desperate first years of the war.

On the track of what he thought was a sad but simple child-kidnapping story, a television reporter stumbles on a fantastic scheme involving a new missile system that could shift the balance of world power.

At the end of the Second World War, two young German scientists had fled the crumbling Reich. Now, deep in the Australian desert, they are united in a plot that could end the world.

A small British ship, a converted Second World War sub-chaser, is chartered by a party of French journalists to take them into the dangerous waters of Lebanon. It becomes, almost by accident, a symbol of hope for thousands of refugees trapped in the tiny port of Jounieh, surrounded by warring armies.

1944. A group of Allied soldiers sets up a sham army of deserters to exploit the confusion spreading behind the advancing Allied armies. Their paths cross with a young Belgian woman imprisoned in a lions’ cage in Antwerp zoo for alleged collaboration with the enemy.