Tom Stoppard’s latest drama for BBC Radio, The Voyage of the St Louis, is based on the book Voyage of the Damned, by FRA clients Gordon Thomas and Max Morgan-Witts. It tells the true story of an ocean liner that sailed from Hamburg in 1939 with 937 Jewish passengers aboard, all trying to escape Nazi persecution.

Bound initially for Cuba, the ship was refused entry to the USA and Canada, and turned back. Some refugees were accepted by European countries including the UK, Belgium, the Netherlands and France, but many who subsequently found themselves in German-occupied territories were caught in Nazi round-ups of Jews: it has been estimated that a quarter were killed in death camps during World War II.

Unknown to the ship’s captain, there were among the crew members of the Gestapo and SS. The whole exercise was a product of Nazi propaganda, intended to fail and show other nations in a bad light. In the 1976 feature film, a Nazi official states “when the whole world has refused to accept the Jews as refugees, no country can blame Germany for their fate.”

Gordon Thomas and Max Morgan-Witts first published their book in 1974 to excellent reviews. The Los Angeles Times called it “a human document of rare and discerning power”. Film rights to the book were soon bought by Sir Lew Grade’s ITC organisation and the film, with an all-star cast (including Faye Dunaway, James Mason, Max von Sydow and Orson Welles) and running at 155 minutes, was released in December 1976. 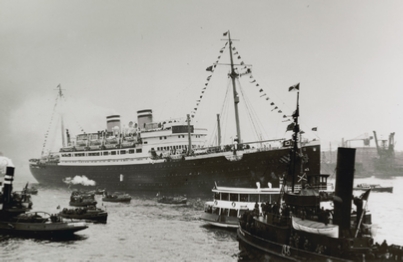 The Voyage of the St Louis, a 90-minute drama, was broadcast by BBC Radio 4 on Saturday 9 May, 2020. The cast included Toby Jones, Philip Glenister and Paul Ritter. 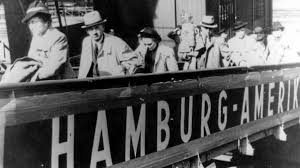