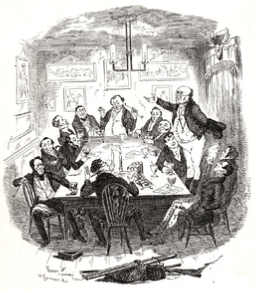 On 31 March 1836 the publishers Chapman & Hall launched the first issue of a new monthly periodical entitled The Posthumous Papers of the Pickwick Club. Conceived and created by the artist Robert Seymour, it contained four of his illustrations; the words to accompany them were written by a young journalist known by the pen-name Boz.

The story of a sporting and drinking club, The Pickwick Papers soon became a popular sensation, outselling every other book except the Bible and Shakespeare’s plays. The fame of Mr Pickwick soon spread worldwide.

But you don’t need to have read Dickens to be enthralled by the story of how his novel came to be. Its troubled creation is the subject of Death and Mr Pickwick – a dazzling and indeed Dickensian work that is both homage to a much loved book and indictment of its author. Did Charles Dickens, the ambitious young writer in search of literary acclaim, expropriate another man’s ideas and then stage an elaborate cover-up of The Pickwick Papers’ true origin?

Few novels deserve to be called magnificent. Death and Mr Pickwick is one of them.

Here are excerpts from a few of the reviews in the press and online:

My favourite new novel of this year is Death and Mr Pickwick by Stephen Jarvis, a book as crowded and rude and brilliantly inventive as the great pre-Dickensian caricatures it celebrates. — Lucy Hughes-Hallett – author of The Pike – in the New Statesman

Bibliophiles do love a literary conspiracy; as such this is a masterpiece of imagination supported by a mountain of research. — Christian House, Sunday Telegraph

Burstingly informative and thronged with colourful characters, his panoramic novel about the shady start and sunny breakthrough of a literary phenomenon is a phenomenon itself. — Peter Kemp, Sunday Times

Jarvis creates a universe in which factual and fictional characters rub shoulders, but there is nothing preciously postmodern about his approach, and he never crudely intellectualises . . . as immersive as Hilary Mantel’s Wolf Hall, and as visionary in its capacity to connect us with past lives. — Lucasta Miller, Independent

Who would have thought that behind such a good-natured novel as Charles Dickens’s The Pickwick Papers lies a tale of coldhearted literary skulduggery? But in his debut novel, Death and Mr Pickwick, English author Stephen Jarvis uncovers the extraordinary events surrounding the creation of Dickens’s first novel with all the flair of a Scotland Yard detective. — Tobias Grey, The Wall Street Journal

Jarvis has the enviable skill of being able to switch nimbly not just from character to character, but from story to story – all while holding the reader engrossed. Like Russian nesting dolls, there are stories within stories in this book. And the best part is Jarvis’ ability to plop us smack-dab in the middle of Dickens’ time, with the horse-drawn carriages and butcher shops and pubs, where even the most gentlemanly of gentlemen would stop in for a pint now and then. — Donya Currie, Washington Independent Review of Books

Jarvis writes with impressive assurance for a fist-time novelist, meticulously imagining Seymour’s London and the artistic world in which he moved. — Adam Kirsch, Barnes & Noble Review

Some may view this book as a remarkable piece of literary detection, others a dazzlingly written and superbly imagined exposition on how art and writing are gestated and born. Or both. — Daily Mail 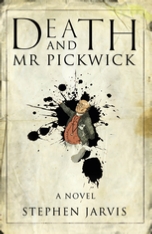 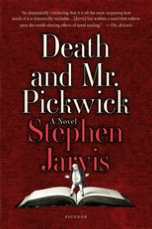 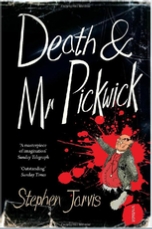 Reading the manuscript of Death and Mr Pickwick, I had one of those classic editorial experiences that occur far too rarely. I fell into this book one afternoon, and when I emerged days later, I had been moved and entertained in ways I'm always looking to be. — Jonathan Galassi, President and Publisher, Farrar Straus and Giroux 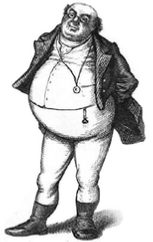