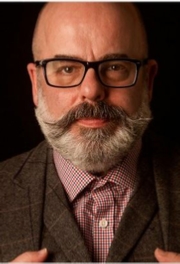 London based Tony McMahon is a broadcaster and award short-listed author. He has appeared on the History Channel and Yesterday TV talking about the Knights Templar and other popular history topics. He has also been a BBC producer and communications consultant to the UK government.

Original Rude Boy is the story of Neville Staple, lead vocalist in legendary ska band The Specials. No Place to Hide is the no holds barred tale of European boxing champ Errol Christie. This book was listed for two major awards. Both biographies explored themes of racism in Britain thirty years ago.

In 2015 he published his first historical fiction work – Quest for the True Cross, a tale of the Knights Templar, available on Amazon, iTunes and Kobo. Bertelsmann subsidiary Euromedia has published it in the Czech Republic under the title Soumrak templáru.