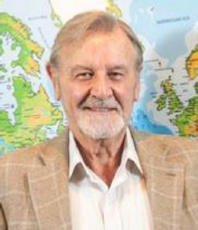 Mike Gooley founded Trailfinders in a poky Earl’s Court flat in 1970, and the former SAS commando still runs the company (as CEO) with military precision.

Trailfinders did, and continues to, trailblaze. Its original raison d’être was to cater for adventurous travellers ignored by mass-market package-holiday agents. For instance, in the early 70s there was little choice for Australians in search of an exciting stopover in Kathmandu after a year in London. “We had to remind men to cut their hair when they travelled to Singapore,” he recalls.

Things quickly developed. Today, cruises, premium holidays and servicing the all-important “grey” market are big business. Behind the scenes, all of this is serviced by Gooley’s army of university-educated specialists, who use all manner of fancy technology to drive down costs and demand the best deal.

“Before Trailfinders, travel agents didn’t even have chairs. You walked into a shop and there was a counter and you were sold what was on offer. We were the first company to put chairs and tables in our shops,” he says. “So people could come in, take their time and chat through the options. Very quickly the likes of Thomas Cook followed suit. It was the same with plane tickets; agents didn’t used to print off tickets, we were the first to do that too.”

Gooley was appointed a CBE in 2006 for services to the travel industry and for his charity work. In 2018 the Sunday Times Rich List ranked him as the UK’s 21st most generous giver to charity (to date around the £60m mark).

Ageing is a challenge, but Gooley has plenty to look forward to. His rugby club, Ealing Trailfinders, could be playing in England’s top division next season. He bought the club on a whim; making a bid only hours after finding out it was on the market.

Sir Mike Gooley has been steadily compiling his memoirs. Whether it be tales of battles in Malaya and Oman or camps on the Malvern Hills, he refuses to give away too many anecdotes. Guy Rose is delighted to have been chosen as his literary agent.