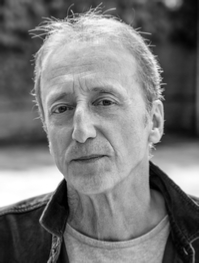 Kevin Clarke grew up in Birkenhead, Merseyside. He studied Drama at Bretton Hall, University of Leeds; later he gained an Open University degree in History and read History as a postgraduate at Oxford. He gained a subsequent MA in Renaissance Studies at Birkbeck.

Kevin has written more than 150 episodes of television drama, including scripts for Minder, Doctor Who, Casualty, Wish Me Luck, Wycliffe, The Inspector Lynley Mysteries, Holby City, and The Last Detective. He was a principal writer for The Bill for five years. His comedy screenplay Albert and the Lion was networked by ITV.

Kevin's original feature script Faithfull, based on the life of Marianne Faithfull, is now in pre-production with Artemis Films; Lucy Boynton stars, and shooting is scheduled to begin in October 2020.

His original feature script Money To Burn is also in pre-production, in Cape Town, South Africa.

Kevin’s original screenplay Mallory – an enthralling take on the story of mountaineer George Mallory’s ill-fated attempt on Everest in 1924 (did he reach the summit or not?) – has been optioned by Hopscotch Films.