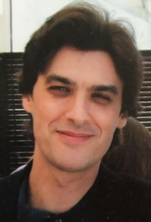 Professor Mark White is a historian who specialises in modern American presidents but has also written on film and theatre.

He is the author of eight books, including Missiles in Cuba (1997), Kenneth Branagh (2005 with Faber and Faber), and Against the President: Dissent and Decision-Making in the White House (2007) which was shortlisted for the Neustadt Prize for the best book by a British scholar on American history.

He holds a doctorate in US History and in 2008 was awarded a Chair in History at Queen Mary, University of London.

He is the Director of the London POTUS Group, which brings together academics, distinguished journalists, politicians and civil servants in a high-profile seminar series.

He has been the recipient of numerous awards, including grants from the Franklin and Eleanor Roosevelt Institute, John F. Kennedy Library Foundation, and the Harry S. Truman Institute. He has published with the Independent, Daily Mail and BBC History Magazine, and was recently interviewed for a Netflix documentary on JFK. In addition, he has published 25 articles and given more than 60 presentations and public lectures.

Mark White is the leading authority in the UK on John F. Kennedy, and is currently writing a biography of this iconic president which will provide readers with a bold new interpretation.