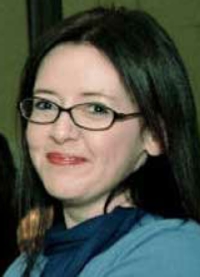 Mary O’Hara is a journalist and writer. She grew up in Belfast, Northern Ireland, and was educated at St. Louise’s Comprehensive, Falls Road, Belfast, and at Magdalene College Cambridge where she studied social and political science and was a college scholar. Mary has been the recipient of a number of educational scholarships including one at the College of Charleston, South Carolina, USA, where she studied global issues and psychology, and more recently at UC Berkeley, California, USA, where she was an Alistair Cooke Fulbright Scholar carrying out research on press coverage of mental illness in the Psychology faculty and audited investigative journalism classes at Berkeley’s school of journalism. She also studied at the University of Sheffield journalism department.

Mary was a staff writer for the Guardian and Observer from 2000-2010 before going freelance. As a staff reporter she covered subjects ranging from business and personal finance to social affairs eventually specialising in human rights, crime, health and social justice. She is currently freelancing across a number of publications and platforms including the Guardian and the New Statesman.

Mary has also worked for broadcasters including the BBC. In 2007 she made her first documentary, Beyond the Railings, which she directed and co-produced and which was broadcast on Current TV. She was published in Professor Daniel Dorling’s book, Fair Play in November 2011 for which she contributed the foreword.

In recent years Mary has won a number of prestigious awards including: UK national winner of the “For Diversity, Against Discrimination” EU Journalist Award for her writing on disability rights, national winner of the European Year of Equal Opportunities for All Special Prize for her work on racism and homophobia and, in May 2008 was named Mind Journalist of the Year. In November 2008 she won the Press Award at the Mental Health Media Awards.

Mary is a Fellow of the Royal Society for the Arts in London and a trustee of the charity, Stand to Reason. She is also co-author of the feature film screenplay, Once We Were Old.