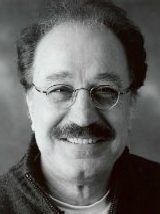 Sir Vartan Melkonian was brought up in the early ’50s as an orphan in the Birds’ Nest orphanage in Lebanon until the age of eight. He then lived rough in the slums of Beirut, scouring the streets of the city with thousands of street orphans like him.

Remarkably, this ‘street-slug’ – as he used to be called in the gutters – with a severe speech impediment, would grow up to become a conductor of classical music in London’s most famous halls conducting the Royal Philharmonic Orchestra, the London Symphony Orchestra and others, as Melkonian did since 1985.

Arriving in the UK in 1972, fleeing the civil war in Lebanon, Melkonian worked as a singer on the ‘Northern-Clubs’ and was soon discovered by a local agent. His singing voice soon won him a place on TV’s New Faces.

By the mid ’70s Melkonian had become a leading singer and producer in a number of famous West End night spots: The Celebrité Club in New Bond Street, the Talk of the Town in Leicester Square and other notable venues. He also directed TV video clips, No Easy Walk to Freedom for Nelson Mandela’s release . . . but it was his interest in classical music that led him to a new field.

Vartan has composed a 55 minute long symphony: Impressions of Oman, which was recorded at Abbey Road Studios in 1995 by the London Symphony Orchestra, with Melkonian himself as the conductor. In the same year he made a number of recordings with the Hungarian Radio Symphony Orchestra in Budapest.

As part of his work to inspire underprivileged children with hope, he has expressed his gratitude to the orphanage where he was looked after as a child by setting up a children's charitable trust.

Vartan’s novel, The Young Nomad and the City, follows Dikran Pakradouni’s life in the city of Beirut from his birth until his sixteenth birthday.

In May 1999 Melkonian produced the Children of Kosovo concert at the Royal Albert Hall in support of Save the Children’s ongoing work in the Balkans. The Royal Philharmonic Orchestra, the Royal Choral Society, Amanda Roocroft, Sally Burgess, Willard White, Stephen Kovacevich and many more leading artists gave their services free for his charity’s aims. The concert was supported by the Princess Royal and the Prime Minister, Tony Blair, and was transmitted in its entirety on Classic FM.

In March 1989, following the shattering earthquake in Armenia, the Foundation staged a special emergency concert, Orphans of Armenia at the Royal Festival Hall for the benefit of the 15,000 children orphaned as a result of the disaster. The Royal Philharmonic Orchestra, Lord Yehudi Menuhin, Igor Oistrakh, John Ogdon, Brenda Lucas, Julian Lloyd Webber, and many other leading artists gave their services free. The Foundation was able to assist Aid Armenia in building St. Nareg Children’s Hospital, in the earthquake centre.

In April 2003, Melkonian conducted the Philharmonia Orchestra at the Royal Festival Hall: celebrating Favourite Classics in an Easter concert in aid of the Birds’ Nest Orphanage.

Vartan Melkonian, as Patron of the Consortium for Street Children, was at Cirencester Park Polo Club on 15 June 2014 – Fathers’ Day – to witness the victory of Prince William’s team over that of brother Prince Harry. Vartan then presented the MASERATI Centennial Jerudong Trophy to the winning captain, before taking part in a photo line-up with the two princes and a BMG official. 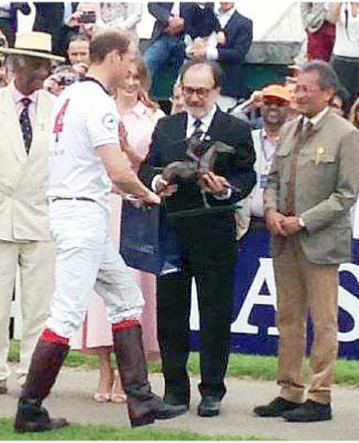 On 19 November 2015, a concert dedicated to Maria Jacobson – the Danish missionary who founded the Birds’ Nest Orphanage in Byblos – was conducted by Vartan Melkonian in Beirut. The highlight was the first public performance of a symphony (Drake Passage) composed by Vartan.

After the concert, Vartan was decorated by His Holiness Aram I with the insignia of St Mesrob Mashdotz, in recognition of his artistic contribution, his advocacy for justice and human rights and his dedication to the welfare of children.