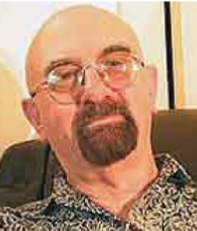 Kenneth began his writing career as a playwright in 1977. His first play Don’t Piddle against the Wind, Mate received national praise as an Australian classic. He followed this with the play Breaker Morant. Internationally acclaimed, it was made into the film of the same name, receiving Academy Award nominations for script and awarded Best Feature Film at Cannes. (Productions due in the West End this year, followed by Broadway opening, all going well.)

Other acclaimed plays followed: The Right Man (the hit of the Sydney Arts Festival); Norman Lindsay and His Push in Bohemia, successfully performed in the mainstream Adelaide Festival of Arts; the Sound of Silence – one critic called this “. . . my tip as the Australian play of the year.”

Other successfully produced plays include: the Death of Danko; the Last Days of Maxim Gorky; Sorry Sold Out; You’re Mine Alice.

Television credits include The Schippan Mystery – a full-length television drama – and working on long-running series Carson’s Law and Rafferty’s Rules.

Film credits: Breaker Morant; Out of the Body; Dancing on Glass; Sunburnt Heroes (in pre-production).

His short stories and freelance journalism have also been published in leading broadsheets.

We are placing Kenneth’s spy thriller To Skin a Cat with publishers and his subsequent stage play codenamed L,V and P.