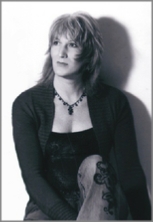 Working from her studio in Warwickshire, England, Mailer-Yates is an internationally acclaimed artist of extraordinary depth and talent. Her most recognised work is a fascinating combination of abstract and representational painting centred on the female form. A collection of this was the basis of an impressive international tour, which gained immense interest through the unique approach employed. Her superb equestrian work has earned her a number of prestigious awards, emphasising the unusual diversity of her skills.

She is particularly articulate concerning her own work and its place within the halls of Art history thus creating a demand for lectures, other public speaking events, and her various publications. Her writings also include books: The Tales of William Shakespuss, a series of illustrated children’s books based on the plays of Shakespeare; The Bogglebott, similarly for the young; and a 16th century novel entitled Ellerker.

Amongst her extensive commissions are those for Her Majesty Queen Elizabeth II, Her Majesty Queen Elizabeth The Queen Mother, Prince Nawaf and Princess Jawaher of the Saudi Arabian Royal Family, as well as other celebrities and nobility throughout the World. Some of her more interesting commissions include a series of equestrian works for Royal Doulton, and a set of celebrity portraits which was the centre-piece for the opening of the Los Angeles Art Show.

Apart from the United Kingdom her works can be found in many countries including the United States of America, Canada, the Middle East, Africa, Germany, Luxembourg, Norway and Australia.

She has had solo exhibitions throughout the U.K. and in New York, Los Angeles, San Francisco and Aspen. Elected Associate of the Society of Equestrian Artists 1997, Elected to member of the Fine Art Trade Guild 1998, and Honorary Board Member of the Association of Fine Art Dealers of America in 1999. Together with Ivana Trump, she co-hosted the 1999 Spirit of Freedom Award in Aspen, during which she presented one of her paintings and a sculpture by Marton Varo to Goldie Hawn, an award for her work in Tibet.

Mailer-Yates’s interest in the film and television world led her to be the Art Director on a movie production Children on the Titanic, which focussed on her artwork extensively. Some of her earlier pieces for the Manhattan collection featured in episodes of the HBO thriller True Detective in 2015. The Town of Alcester commissioned a portrait of Nick Skelton and his horse Big Star after they won their Gold medal at the 2012 Olympic Games.